Portes: an exhibition of Maine art in Greece 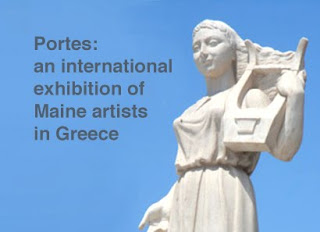 Portes is an international exhibition of Maine artists in Greece presented by the Hellenic Society of Maine and Tetra Projects.

In June 2012 an exhibition of fifty works on paper by Maine artists will travel to Portland’s Sister City of Mytilene, Greece. Accompanied by representatives from the Hellenic Society of Maine and Tetra Projects, the exhibition, reception and events surrounding the show will support the mission of cultural exchange and goodwill between the citizens of Greece and the United States, and provides an exciting opportunity for international exhibition by Maine artists. The show will be exhibited in the Municipal Art Gallery of Mytilene during events celebrating the 100th anniversary of the liberation of the City of Mytilene and the island of Lesvos from Turkish authority. 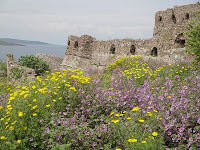 Portes is the Greek word for “doors” and the title reflects the cultural importance of seaports and cultural exchange in both Mytilene and Portland. The exhibition is a survey of works on paper by fifty Portland-area artists, including drawing, painting, collage, photography, printmaking and mixed media works by emerging and established artists. Portes has been recognized as an official Sister City event by the governments of Portland and Mytilene.

A preview exhibition at Space Gallery Annex will be on view from March 21st to April 7th, with an artist’s reception on Tuesday April 3rd from 4:00-7:00pm, following a display case unveiling at city hall, and a public reception on April 6th during Portland’s First Friday Art Walk. The show will open in Greece with a state reception on Friday, June 8th.

Portes is made possible by the generous support of our backers: